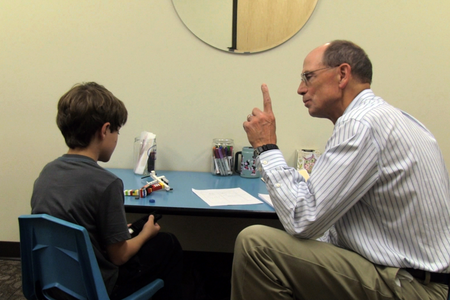 Michael Turner, winner of the 2015 Oregon Media Arts Fellowship, struggles with one of medical science’s most baffling and enduring disabilities—he stutters. On the surface, stuttering is syllable repetitions, prolongations, blocks, and various physical tics. But as he illustrates in the film, stuttering is like an iceberg, with the major symptoms below the surface. Emotions caused by the disorder— anxiety, depression, denial, and a negative self-image—are rarely confronted in speech therapy or even by people who stutter. Turner explores his own experiences with stuttering and presents the stories of others who are part of the self-help movement within the stuttering community—stories that are relatable to anyone who has experienced feelings of separateness, isolation, or inadequacy in any area their life, and are trying to make the most of who they are.