Follow 93-year-old Carol on this vibrantly animated journey as she reflects on her unbelievable marriage of 62 years. Combining a fantastic mixture of hand-drawn and stop-motion animation, the film explores the memories of love that transcend time and all conventions. 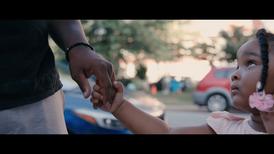 
Set against the vast and rugged landscape of Idaho, a group of unlikely characters have been brought together through the North American sheep farming industry. Joaquín Agüil, 54, and Victor Jara, 28, both Patagonian gauchos, are hired as sheep farmers to work on a ranch in the American West. Known for their ranching abilities and their endurance under extreme weather conditions, both Joaquín and Victor leave their families behind to pursue their dreams of earning enough money to buy land of their own back in Chile. With dramatic cinematography, a splendid soundtrack and expert comedic timing, director Nicolás Molina captures the complexities of living in a foreign land as the two men meet their quirky American co-workers and attempt to navigate the difficulties of language, lifestyle and mutual curiosity. ​

Tickets are $12 per screening. 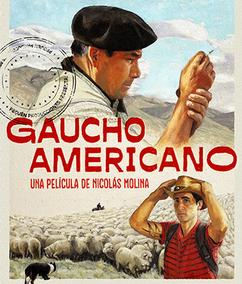 Paint & Plastic examines the big world of miniature painting and the impact it’s had on the lives of those in it.

Artist Bogdan Cota and his way of sculpting is more than just a technical approach. It's about staying focused and being mindful during the artistic process and can be projected on every person's daily routine and aspect of life.

In August of 2003, Tyler Johnson was a prized scholar in theoretical physics. Months later he was homeless on the island of Corsica, a fugitive wanted by the FBI.

For six years Tyler sent letters to his family, each containing cryptic clues about his condition. Then the letters stopped arriving.

His final letter was found at his last known whereabouts: a remote mountain refuge near Corsica's highest peaks. Alongside that unsent letter was a journal outlining his years living on the run.

Using that journal—Tyler’s own words—and interviews with those who knew him best, Finding Tyler explores the core struggle of life as a fugitive. 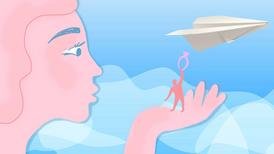 Two brothers built a Lego City as big as a car. But they didn’t build this city together. As the two brothers fought over table space, and dueling political visions, their two cities were led to war… and eventually the shared experience brought them closer together. Today after 30 years of taking up half of the family garage, Lego City is getting an eviction notice, and the now adult brothers must come together to tear it all down.

A personal documentary about a naive aspiring actor who rents a shed on a fading ex-commune in Los Angeles and becomes friends with its aging matriarch, a former hippie, who is slowly becoming radicalized by far-right conspiracy propaganda.

Kamilah Campbell started learning about jewelry design as a teenager. After relocating to Atlanta in 2007, Kamilah got to work on starting her own handmade jewelry shop.

In this micro documentary cabaret performer Dito van Reigersberg aka Martha Graham Cracker talks about his relationship with his parents and their reaction to his drag persona.

Those Who Inspire - Documentary Shorts Two

Meet the talented recovering addict named Daniel Bugna as he goes through the process of making a classic chair from a whole piece of wood. As he works on the intricate designs, he tells us about his five-year struggle with opiate addiction. Those were extremely dark days. But Daniel found his passion in woodworking and, through it, the will to change his life. The chairs he makes are truly pieces of art and reflect Dan’s remarkable talent. 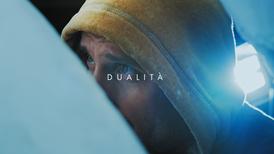 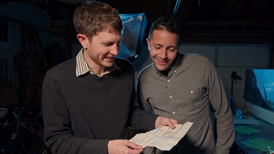 Who Fights For You?
Director Maddie Stambler - USA - 16 min.

"Who Fights For You?" is the story of a young African American man with cerebral palsy and his journey to become a pastor. As Reverend Darrien Fann enters adulthood, he questions what independence means to him and how our society views people with disabilities. He reflects on the obstacles he has had to overcome to fulfill his calling as a preacher. 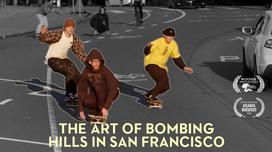 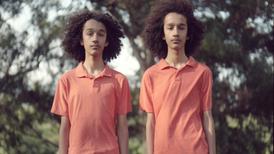 We are all met by a single destiny - how we face it is up to us. A man struggles with his mother's independence and strong will as he tries to help her through the early stages of dementia.

LEAVING TRACKS tells the intimate and compelling story of the founder of the Haas Moto Museum, and his immense impact on the lives of the custom builders whose masterpieces elevate the Museum to the pinnacle of its industry. Beneath his success as a financier and Nat Geo photographer, Bobby Haas grapples with a lifetime of trauma in his quest to create a museum like no other. The film probes the surprising affection that develops between the founder and the custom builders, who are united by their shared chase for perfection. Embedded in the Museum’s rolling works of art that exude danger and speed are the universal challenges of human endeavor.

During Covid 19, a woman in Texas fights to maintain connection with her mother with dementia.

A brief look at five different sets of twins living in Los Angeles. 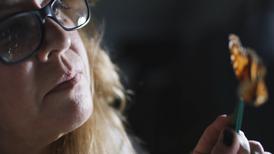 Those Who Connect - Documentary Shorts Five

This animated doc explores the memory of Private First Class Roman Coley Davis who found himself feeling tired and alone while stationed in one of the most remote U.S. outposts in Afghanistan. At StoryCorps, he remembers a package from his Mema that reminded him of her love. 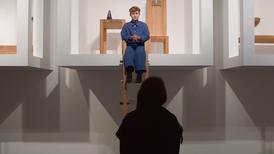 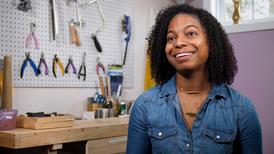 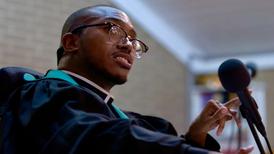 16 years after the legendary performance of extreme artist Marina Abramovic in New York, 26-years old dancer Lyn Bentschik takes on the task of re-performing her major work The House with the Ocean View during her retrospective at Germany's Bundeskunsthalle. Twelve days and nights she lives in three cubes in the exhibition - without food, speech or physical interaction. The encounters with the public reach intense levels. And then Marina Abramovic faces her younger performance self.

Destined to follow in his family’s life of drugs, alcohol and crime, Francisco managed to overcome his circumstances, forging a new path for himself.

Dear Kilah tells the story of Russ, a 28-year-old, homeless, Black father who struggles between trying to provide the basics for his young daughter and wanting so desperately to be a part of something bigger-- the Black Lives Matter movement that erupts in his backyard during the summer of 2020. 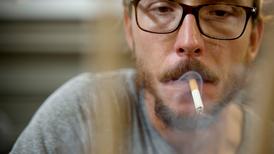 Two families search for their loved ones who went missing in the vast ranch lands of Brooks County, Texas, the site of more migrant deaths than anywhere else in the country. On their journey, they meet vigilante ranchers, humanitarian activists, Border Patrol search and rescue teams, and others locked in a proxy version of the national immigration debate.

A fiercely protective mother, Miss Flores (Pseudonym), recounts when she fled from her unstable life in Nicaragua across the U.S.-Mexico border while she was pregnant.

Alan, a 43-year-old French man living in Barcelona struggles to overcome an addiction to methamphetamine. Picking up filming himself ten years after his first attempt to quit,, he intends to showcase his fight to warn potential addicts of the rough road ahead.

A realist's assessment of the declining health of urban wilderness and our fleeting opportunity to restore it. This is the story of one man's obsessive quest to re-wild Toronto's ravines by bringing the offspring of ecological elders, or mother trees, back to their natural homes. It is a call to arms for nature lovers around the world.

This is the inspirational family legacy story of Nathan Seely, a black carpenter who built an extraordinary ten-foot-wide skinny home in the Village of Mamaroneck, New York during the Great Depression.

Those Who Love - Documentary Shorts One 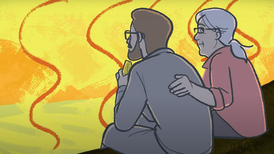 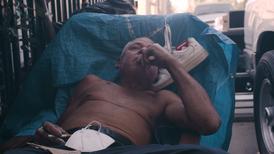 Sheri Neva's day job leads her into an unexpected realm of artistic discovery at the nano-scale. Her work invites us to re-examine the world around us through the lens of an electron microscope. Flowers become other-worldly landscapes, an insect eye emerges like a planet floating in space, and a colorful butterfly wing reveals its architecture. We follow Sheri as she pursues the tiny water bear, or tardigrade as her next subject in microphotography.

After losing his wife, a man ventures into the abyss to find love again. Down to Earth is a story of a man’s second chance at love after the loss of his wife is paralleled by a visually poetic story of an unlikely bond between a lonely astronaut and a deep sea diver washed ashore. 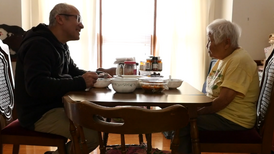 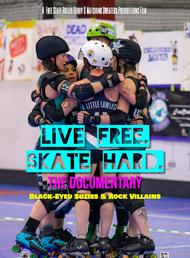 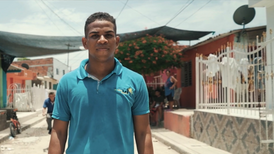 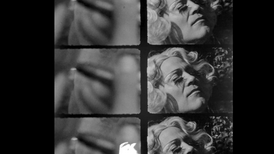 After enduring the loss of her father, a daughter navigates past remorse to find closure by using the creativity he had fostered, and her connection with her younger sister. 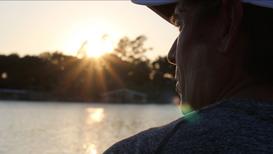 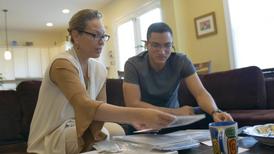 An intimate portrayal of an artist-welder. Mariola roams post-industrial areas with her faithful dog in search of scrap metal, which she uses in her artwork. During the welding process she creates terrifying sculptures of animals, androids and children affected by war. She fulfils her obsessive need to create art in spite of her painful hand condition. When the air quality in the city exceeds acceptable limits she, together with her family, travels to an uninhabited island, to wait out the difficult time in close contact with nature.

The most popular women's contact sport hidden in plain sight, this feature documentary explores the varied stories, rich culture and revolutionary space that is women's roller derby. Feel its powerful diverse spirit through the voices and action of Free State Roller Derby's teams- the Black-Eyed Suzies and Rock Villains.

There is no room for error when bombing hills in San Francisco. The consequence of messing up can be, and often is, fatal. But for Zane Timpson, confronting that death and releasing his fear is the exact reason he and all the other skaters in San Francisco seek out that speed. In fact, it's a deeply rooted cultural phenomenon in the city—one that is under threat of becoming too popular.

Those Who Create - Documentary Shorts Four 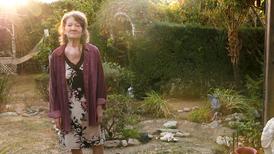 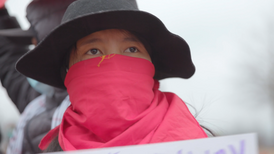 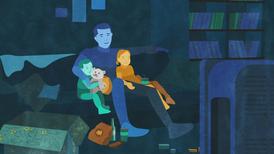 This intriguing doc dives into the societal rules and expectations of how women celebrate their bodies and how they use them to show love and power. As the Disdress Dolls shimmy, shake, and strip their way across the stage, they challenge concepts of power and femininity. By offering a vulnerable portrait of these performers and welcoming you into their playful and macabre world, WELCOME TO THE DOLLHOUSE explores the unique and intimate reasons these performers have delved into the world of sequins, thongs, and dance.

Reunir captures Tony Rios, A 59 year old homeless man who has lived in Orange, CA for almost half of his life, as he fights for his chance to quit his drug addiction and finally reunite with his family. 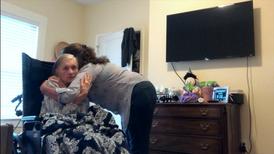 The director takes a look at some of the "Decisions" his father, Kobe, has made in the past, and breaks down how these decisions have shaped/styled him into the man you see today. 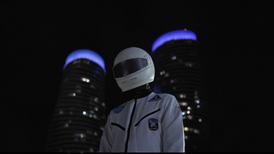 Those Who Overcome - Documentary Shorts Three 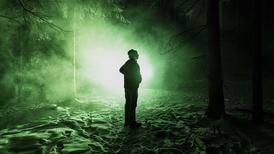 Lily didn’t have a choice. While she enjoyed her innocent childhood amid uncertainty and chaos in remote western Myanmar, her parents decided to venture on a dangerous migration out of the mountainous Chin state. After years of unpredictable events on their excruciating journey, they ended up in the refugee-friendly community of Clarkston, Georgia, just a few miles east of Atlanta’s urban core. As Lily now finishes out her undergraduate degree, she finds herself on an incredible journey once again, but this time as an adult with new heightened responsibilities as the only college graduate in her family. 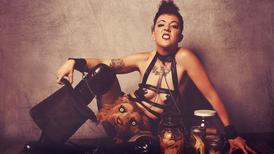 What happens to a relationship if a partner suddenly becomes severely disabled after an accident? For Gosia it is clear that she will stand by her boyfriend Tomek no matter what in order to let him live as normal and fulfilled a life as possible. But time and again she becomes painfully aware of her own limits, as well as of those of a society that talks a lot about inclusion but often does not seem to be ready for it. GOSIA@TOMEK is based on more than 3000 emails that Gosia has been writing to Tomek daily since his accident.