The feature documentary Right Footed tells the story of Jessica Cox, a 29-year-old woman (now age 32) with a disability who, over the course of the film, transforms from a speaker and mentor into a disability rights activist and leader working on a global level. Despite a childhood full of enormous mental and physical challenges, we see how a young Jessica earned a college degree and two Taekwondo black belts, learned to drive a car and, incredibly, became the first person in the world to pilot a plane — using her feet. Jessica's achievements launch her career as a public speaker and, as the film begins, we see her begin to mentor children with disabilities. Fueled by relentless personal drive and strong personal faith, her mission is to tell her story and spread the idea that 'disability does not mean inability'. We see her mentoring children with disabilities and their families in ways that are beautiful, moving and effective. Soon an important opportunity presents itself, as Nobel Prize winning NGO Handicap International invites her to visit Ethiopia to promote inclusion of people with disabilities, especially in schools. Ethiopia is a place where those born with a disability are marginalized, denied an education, and often viewed as cursed. Jessica appears in the media and does her best to debunk these beliefs, and works one-on-one with children, encouraging them to believe in themselves and to attend school. After returning from Africa, Jessica begins to wonder whether she might make a larger impact through political advocacy. She questions how much love and personal connection can really achieve. How many people do you have to touch to really change attitudes? 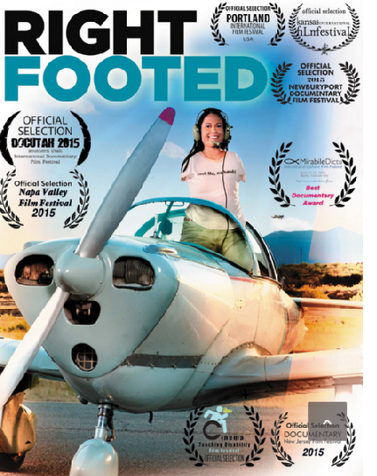