Docufest brings you the best independent documentary films from across the globe. The festival spotlights powerful and meaningful life stories which educate and entertain audiences of every demographic.

​Join us for this very special event, where an unforgettable collection of documentary films and their creators are celebrated.​​ 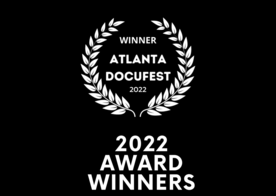 RoleCall Theater is a independent theater housed right off the Atlanta Beltline in Ponce City Market. The theater exhibits short format plays, films, and live performances from premier independent storytellers in both our indoor and outdoor theater.

The 2023 Atlanta Film Series is a showcase of independent film packed with four unique film festivals designed to spotlight every genre of cinema imaginable.

​A collection of the best documentaries of the year

The best short films of the year

A celebration of indie features and shorts

The best in indie horror features and shorts

Email us to find out about volunteering for all Atlanta Film Series Events!