In one single night, in October 2018, rain and wind tore down 14 million trees, transforming a lush mountain landscape in northern Italy into an apocalyptic ground, with environmental consequences that will affect life in the area for many decades to come. In Carnia, one of the worst hit areas, 400 of those trunks were retrieved, and from there traveled to Syracuse, opposite the end of Italy, where on the Greek theater stage they gained a last role, as mute witnesses of both tragedies.

The film tells their journey as if through their own eyes, along 1500 Km and across a variety of landscapes, colors and sounds.

After being criminalized, attacked and displaced, environmental and indigenous activists in Latin America fight for their land against corporations and the governments which support them.

According to Global Witness, Latin America is the most dangerous region in the world for environmental activists. World-wide, in 2020, 227 activists defending their lands, their forests and their rivers were murdered. Two thirds of these killings took place in Latin American countries. 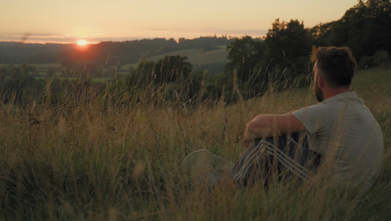 By placing light inside wood, sculptor Ole Jakob Nielsen illuminates us with the dreams, stories and mysteries hidden within the secret world of trees. While based in a country totally devoid of trees—The Faroe Islands—his work only brings us closer to their very soul.

A symphony of images and sounds of nature: trees, woods, fields, animals; spades and picks that till the earth. The gaze of men and women towards an indefinite point rediscovers the ancient truth of the words of Grazia Deledda, which have become a new voice in the gesture of children planting trees. An act of love and commitment to the lasting balance of the planet, in a word what we call sustainability. 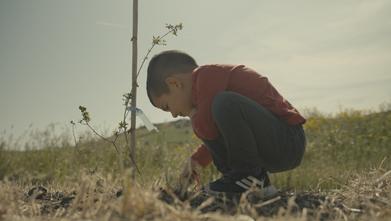 A journey through our connection with nature, what we derive from it and what is at stake when we lose the connection.

Back to Schedule
View on Mobile