A powerful, personal look inside the lives of one family of undocumented immigrants who have been living and working in the United States illegally for twelve years. The father, Miguel Cortes, could be forced to leave the country in four months as a result of his immigration status. Local police discovered Miguel was in the U.S. illegally after pulling him over without cause. They hand-cuffed Miguel for driving without a license, and detained him for ICE deportation processing through the controversial 287(g) agreement, which allows local police to act as immigration enforcers.

After paying a $5000 bond he was released until his pending court date. In exchange for Miguel agreeing to leave the country voluntarily, the judge grants Miguel 120 days to get his affairs in order before leaving his wife, Maria-Luisa, and their two daughters, Yael and Saydrel, in the U.S. to continue their education. If he follows the agreement no official deportation will be recorded against him, allowing him the slim hope of returning legally someday if U.S. policies do change.

This film documents Miguel's last official 120 days in the United States as he works hard, saves his money, and weighs his options about returning to Mexico alone, or changing his name and disappearing into another U.S. city illegally to keep his family together 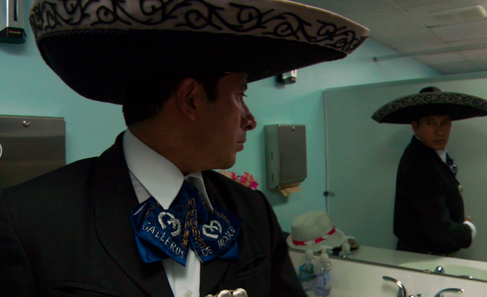